Eggs Over Easy? Or Over Easily?

One of our members just sent in this question:

My optometrist told me he once joked with a breakfast server by ordering his eggs 'over easily,' rather than 'over easy.'

Understandably, spoken language in this setting is casual; however, in theory, is one form more acceptable than the other? Or, is the use of 'easy' in this case automatically recognized as an adverb?

I suspect the preposition 'over' complicates matters and may originate from how eggs were, and continue to be, served over toast.

Some food for thought; no pun intended!

Easy is an adverb as well as an adjective, and it means "without difficulty." So in another context, something like "sleep easy" is grammatical (even if some people say it's not).

So is it an adverb or a noun here?

According to the Oxford English Dictionary, "over easy" is a 79-year-old idiom that works as an adjective. That means it's modifying the noun "eggs." It's in a special class of adjectives the OED calls postmodifiers, which means it's a phrase follows what it modifies, limiting the meaning of the original word.

Of a fried egg: turned over when almost cooked and fried briefly on the reverse side. Also occas. of other fried foods. Cf. sunny side up at SUNNY adj. 5b(c), once over lightly at ONCE adv., conj., adj., and n. Phrases 11. Chiefly as postmodifier.

So, the optometrist is being funny by being hypercorrect. But it's the kind of funny that means he probably shouldn't quit his day job.
Posted by Martha Brockenbrough at 10:45 AM No comments:

If you're coming to the SPOGG blog because you heard about us on Encarta, welcome. Actually, no matter how you discovered us, welcome! We're always glad for company, and we hope you're entertained.

If you like what you read here, please consider picking up a copy of our book, THINGS THAT MAKE US [SIC]. It's a funny guide to bad grammar--like EATS SHOOTS AND LEAVES, but it's not restricted to punctuation. What's more, 10 percent of our royalties support the National Brain Tumor Society, so every book sold raises a bit of money for a very good cause.

You can learn more about the book here.

Thank you for reading, and welcome to SPOGG.
Posted by Martha Brockenbrough at 6:23 AM No comments:

In Defense of a Young Paul McCartney

The Guardian has a piece today about the earliest example of writing by Paul McCartney--an essay he wrote when he was just 10.

The essay has specialist significance for Beatles enthusiasts thanks to a grammatical error, ringed in red by his English master at Joseph Williams primary school in Belle Vale. Although McCartney may have been wrong to begin two sentences with the conjunction "But", his capital Bs reveal the same twirly ends later used on the Beatles' drum skin in 1962 – his contribution to the design. (Read the rest.)

Let's just have a moment of awww for how cute this is. We always liked Ringo for his big, goofy nose. But now, we're going with the crowd. Paul McCartney really is the cutest Beatle, at least until someone digs up Ringo's math homework from third grade.

McCartney's only real mistake here was starting a sentence with a conjunction in an English class. English teachers are often wrongly hung up on this non-error. Great writers have started sentences with conjunctions for at least as long as English teachers have been slinging red pens. It's not worth arguing the point with the teachers, though, because they're the ones who have the power to give out the points that count toward one's grade.
Posted by Martha Brockenbrough at 11:10 AM 1 comment:

At least it is thus for some members of SPOGG: an inside look at the life and times of a New Yorker copy editor, Ms. Mary Norris, who has been with the magazine for 31 years.

"The thing I like most about my job is that it draws on my entire background. I know a little Italian and Greek that sometimes come in handy. I once caught a mistake in Middle English (in a piece by Andrew Porter yet)—the only time my graduate degree has ever had a practical use. I know the name of the airport in Cleveland, and that can be useful when you’re reading a piece of fiction by a Southern writer who is making things up about northern Ohio. It’s redemptive to have a practical use for the arcana of Roman Catholicism."
Posted by Martha Brockenbrough at 12:02 PM No comments:

Oh, for peat's sake. We don't want to get bogged down with tiny things in the face of such an interesting story, but it's "wicker," not "whicker," unless the man is half horse.

HUMAN remains uncovered at a burial site in the Highlands are extremely rare and could provide new information about Bronze Age life, experts say.

The site was discovered in February when landowner Jonathan Hampton was using a mechanical digger to clear peat from Langwell Farm, Strath Oykel, in Sutherland.

He found a substantial stone cist (tomb) containing a skeleton that archaeologists believe was partially wrapped in animal hide or was wearing furs. A wicker basket lay over its face. Read the rest.

Thanks to Sue for the link.
Posted by Martha Brockenbrough at 10:13 AM No comments:

Explain the apostrophe, then, madam. 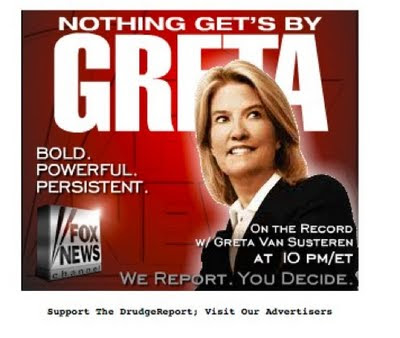 Thanks to Barbara Card Atkinson for the screen shot.

Posted by Martha Brockenbrough at 8:53 AM No comments:

National Punctuation Day is Thursday; how will you celebrate?

SPOGG's planning to use every punctuation mark from A-Z in this post, something that seemed like a good idea a few minutes ago, but now seems sort of silly--especially after the blatant exclamation-point-abuse in our opening sentence. "Did we really start a post with OMG," we wonder.

Do let us know if we've forgotten anything. It is Monday, after all.
Posted by Martha Brockenbrough at 9:13 AM No comments: