Grammar: for the birds? 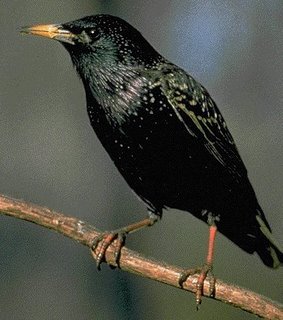 Until recently, scientists thought grammar was what separated our language from the hoots, barks, growls and squeaks of animals.

A study of starlings is making them rethink that assumption.

Like humans, starlings can insert "clauses" into their songs. In human speech, this is called "recursive center embedding." It means you can stick as many words or clauses in a sentence as you want, as long as you wrap them in commas on each side.

MSNBC has more on starlings and their unexpected language facility.

But if birds can figure out grammar in their teeny-tiny little heads, then what's wrong with this man?
Posted by Martha Brockenbrough at 8:28 PM