Recently, we found ourselves reading the grammar book "Woe Is I," by Patricia T. O'Conner, when something leapt off the page and slapped us upside the head.

It is correct, she wrote, to use either who or that when referring to people.

In making this outlandish pronouncement, she cited no higher authority — say, for example, the grammar and style deity E.B. White.

Absent such support, we don't understand what she was thinking.

That and which are for inanimate objects and unnamed animals. Who is for people and the occasional exceptional pet (see photo below).

Otherwise, once you let people be called "that," you also must let them be called "it". It's that simple.

This calls to mind the bestseller about abuse. Its title? "A Child Called It."

Are we really ready to let child-abusers set our language standards?

Or for that matter, televangelists? The disgraced TV minister Jim Bakker occasionally called his Praise the Lord group "People That Love," possibly even while requiring his secretary to perform acts prohibited by the Ten Commandments.

People, none of this is okay.

We're certain O'Conner meant well, but we firmly believe she gave bad advice here. It's off to the doghouse with her (not it). 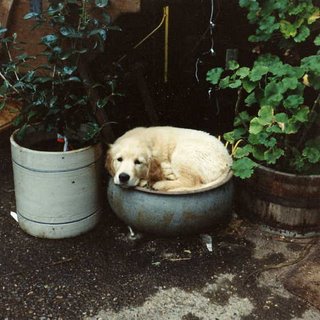 Posted by Martha Brockenbrough at 9:03 PM