This "Literally" Drives Us Crazy

We just discovered a blog that tracks abuse of the word "literally."

We, too, get the insane-clown hyena giggles when we hear people say "literally" when they mean "figuratively."

That said, it's done often enough that many language experts recognize a figurative meaning of literally has emerged. It's used to intensify the meaning of something.

We get that. We really do. But you won't catch us using literally when we mean figuratively. We'd literally rather stick a fork in a socket. 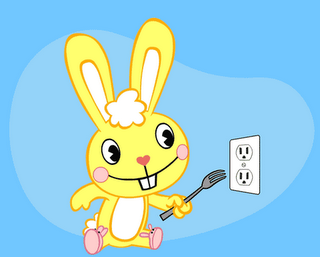 Posted by Martha Brockenbrough at 9:28 AM