Caught in the Spam Filter

This reminded us of two discussions SPOGG has had recently with people about the words "healthful" and "healthy."

The sane discussion was with a friend, who was taught that the word "healthful" must be used when discussing certain types of foods and behaviors. 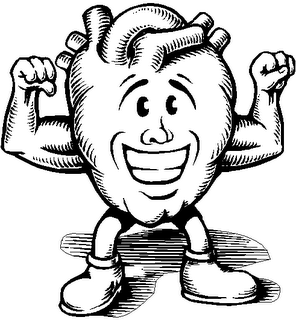 The insane discussion was with a complete stranger who sent many increasingly angry and rude e-mails in response to our decision to use "healthy" as a synonym for "healthful" in an Encarta column. We suspect she had a bad case of post-traumatic sentence-diagramming syndrome.

It is true that healthful means "beneficial to health."

One would never be incorrect when describing a carrot as a "healthful" snack. One might be considered pompous. Possibly prissy. Definitely in possession of a stick (or carrot) where the sun don't* shine.

But one would be equally correct calling the carrot "healthy."

This is because healthy means the same thing, and has since at least the time Shakespeare, in Henry IV, wrote, "the water it selfe was a good healthy water."

Even today, both the OED and other dictionaries recognize healthy as a legitimate synonym for healthful.

It's perfectly fine to describe food as healthy. It'a also fine to call it healthful (particularly if you are the type to iron your socks and underwear).

You wouldn't describe a person as healthful, though, unless you were planning to eat him. And we don't think we need to remind you that this is both sick and wrong.

This is one of those times when people cling to a rule without fully understanding the reasons behind it. Healthful has a narrower definition than healthy, just as apple is more narrowly defined than fruit. The words are synonyms, but not interchangeable.

The grammar police will not arrest you for describing your apple as a healthy snack.

* Yes, we know it should be "where the sun doesn't shine." But this isn't how the idiom goes, and we respect idioms as much we respect traditional grammar rules.
Posted by Martha Brockenbrough at 1:44 PM