To Market to Market... 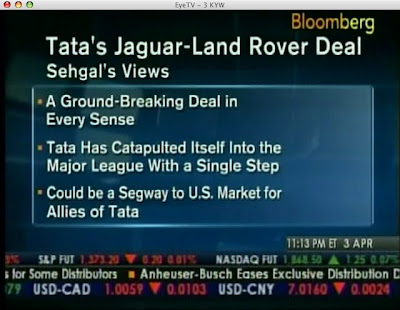 Do you think the people at Bloomberg are riding Segway scooters to the U.S. market? Or did the editors mean "segue"?
Also, where in the world is Jaguar-Land? We're sort of scared to go there, even on a Segway. Of course, an en-dash instead of a hyphen would indicate it's a deal between Jaguar and Land Rover, but that's a decidedly less interesting proposition.

Thanks to Craig Conley for the screenshot.
Posted by Martha Brockenbrough at 6:13 AM